Spain looks ahead to Covid passport

Seeking a burial site for a dictator

Radio piece for BBC Radio 4’s From Our Own Correspondent. Broadcast on November 10th, 2018.

What would independence mean for the Catalan economy?

Ripoll — the town that was home to a terror cell

Radio report from the Catalan town of Ripoll after the Barcelona terrorist attack, broadcast by Deutsche Welle’s Inside Europe programme, August 25th, 2017.

Grief and bewilderment in Ripoll

Radio interview with BBC World Service from the town of Ripoll on August 19th, 2017, home to several members of the terror cell that carried out attacks on Barcelona and Cambrils.

Radio report on the repercussions of the European Court of Justice’s ruling that Spanish banks must pay back billions of euros that customers had paid under the terms of so-called “floor clause” mortgages.

Radio Report from Berga, in the Catalan heartland, where pro-independence feeling is particularly strong.

December 24th, 2016, broadcast on BBC Radio 4’s From Our Own Correspondent programme.

In interview, UKIP leader says it “is important the UK government gets on with this guy”

Spanish bars suffered during the country’s recent recession, but now they’re bouncing back.

Why the town of Tordesillas is up in arms over the decision to ban the spearing to death of a bull during its Toro de la Vega festival.

Following the footsteps of the British writer in search of the inspiration for his novel ‘Monsignor Quixote’. 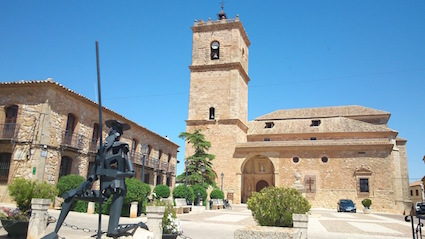 The British territory on the southern tip of the Iberian Peninsula also votes on EU membership.

The legacy of the ‘indignados’

Five years after Spain’s protest movement rose up, how influential has it been? (radio report)

The end of the siesta

Peace and reconciliation in the Basque Country?

March 17th, 2016, by Guy Hedgecoe – broadcast by BBC Radio 4’s From Our Own Correspondent

Digging up the Spanish past

The exhumation of a mass grave changes Spain’s relationship with its past (radio report).

Syrians use Melilla as path to Europe

There are increasing concerns that Ceuta is a breeding ground for radical Islam. (radio report)

Building a cathedral by hand

Justo Gallego has spent half a century creating a building out of junk. (radio report) 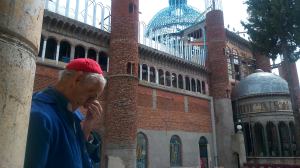 Catalans push their bid for independence