Has there ever been such a sudden, passionate love affair between a city and a newcomer as that between Madrid and James Rhodes?

The pianist-writer moved to Spain last year with an armful of hit classical albums, two bestselling books and a dodgy command of the Spanish language. A year later, the frizzy-haired musician is the toast of the town. He writes opinion articles in the Spanish press, appears on TV chat shows, has a regular spot on Cadena Ser radio and even has time to play the odd gig.

A couple of weeks ago I watched him perform at an outdoor venue in Madrid. As he took the stage, he announced: “This is my home!” and the place erupted in applause and the odd cheer.

Much of this Rhodes-love can be traced back to an article he wrote in El País in May, entitled: “I have no reason to lie when I tell you that everything is better in Spain”. In it, he sings the praises of his new home and lauds pretty much everything it has to offer: the folksy streets of La Latina, the cheap healthcare, “the unhurried pace of life”, the “delicious” language, the way people insult each other so inventively, and, of course, the croquetas. In one café, he even enjoys the much-maligned Spanish croissant, which in this case “makes you laugh out loud it’s so good”. And he has to be one of the few people in history to deem Spanish TV “gold”. 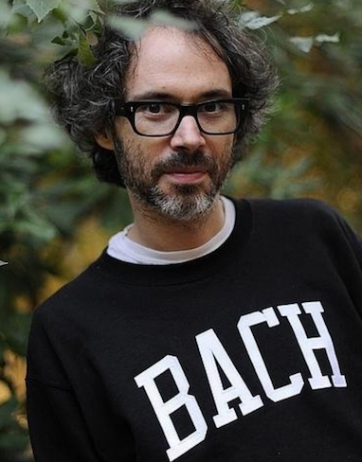 The response to that article was instant and overwhelming. It went viral and grateful madrileños effusively thanked Rhodes for saying positive things about their city. A veteran economist, known for his sober analyses, passed the link to the article around his Whatsapp contacts, telling us: “Nobody should miss this.” Another article followed (singing the praises of the Spanish merienda) and Rhodes has now become a sort of ivory-tinkling advert for Spain, bigging up both its virtues and its clichés. He’s like that super-enthusiastic relative who comes to visit occasionally and who can’t help but say “I love Madrid!” – only he’s here all the time.

For those of us who’ve been here longer than a year, it’s all too easy to sneer, I know. And really, I’m not. (After all, the pranksters at El Mundo Today have got there first: “Fascinated by El Valle de los Caídos, James Rhodes writes a defence of Francisco Franco”, read a recent headline on their site.) But I am interested in how such a relationship came about.

“I remember when I used to feel like that,” one British friend said to me, wistfully, after reading the aforementioned El País article. Yes, me too. Maybe I never guffawed over my morning croissant, or gawked at the people walking slowly around central Madrid, but, on first spending time in Spain as an 18-year-old, I was wowed by all the obvious things: the lateness, the generosity of tapas helpings, the kids in the bars, the apparently-rude-but-not-really shoutiness, the liberal use of the word coño, the architecture, the well-dressed old men in town squares and much, much more.

If I squint, I can remember how those things felt when I first experienced them and many of them still retain their sheen, making it a place I, too, love. Inevitably, perhaps, I can now see some of the downsides of Madrid and Spain, whether it’s dog caca in the street, the price of books or how certain men start a monologue with the words “te voy a decir una cosa…”. The last few months, meanwhile, have brought out the worst side in Spanish (and Catalan) politicians, and the most incredible refusal by many ordinary Spaniards to listen to reason or nuance.

Yet that is probably exactly the reason why Rhodes has been embraced so heartily by the city whose bum he squeezes so insistently. Lately, everyone from Catalan separatists and lefty rappers to snide foreign politicians and sniping journalists has been having a go at Spain —  and “Madrid”, as shorthand for the country – complaining that it’s backward, repressive, or even run by Nazis. The place’s self-esteem is low. Why else would people feel the need to hang flags from their balconies, wrists and car rear-view mirrors? In the middle of all this Rhodes arrives. He is perfect: not only is he a foreigner, but he’s a famous, young-ish, semi-hip foreigner who swears a lot. Who is going to accuse this dude with the “Bach” t-shirt and the frazzled friendliness of a dope-smoking uni prof of being a fascist? And who cares if he doesn’t know his irregular verbs?

As his harrowing and compelling autobiography, Instrumental, makes clear, Rhodes has been plagued by a deep insecurity and a desperate need for approval. Madrid (or even Spain, if you like,) is in a rather similar state. It’s a marriage made in heaven.